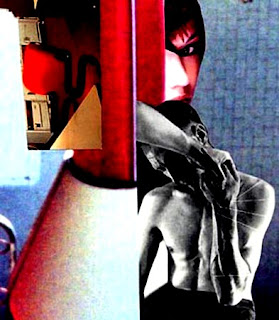 THE AIRCRAFT LANDED THERE COULD BE NO CHARGE OF AIR PIRACY THE CO-PILOT AND ONE OTHER MALE PASSENGER HAD DECIDED TO REMAIN.

Closer. Very unwise. No cold rush of air. No darkness visible. No way down or out. Walk round about. Edge covered. Dirt. No sign of life, lower life, or even spawn or eggs gathered in dirt. What –

SAME VOLUME: THE AIRCRAFT DUTIES AT DEPARTMENT LANDED NO FORMAL SECRETARIES COULD BE CHARGED LATER POSSIBLY WITHIN DAYS PERHAPS THERE ARE MEMOIRS WE USE THE WORD WHAT –

No cold rush of air very unwise very close much closer there could be no formal male passengers – the move could mean a reference possible within days – perhaps there are memoirs, close to it. Close.