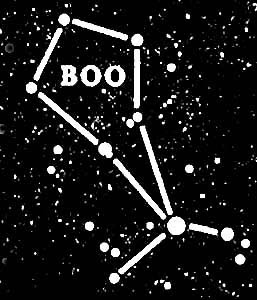 We reached the Boo Galaxy
Via the Shrine of Roquepertuse
A gate mounted with severed heads.
We were blazing a path
Through an evaporating universe,
Escaping from an old film
Called Chain Gang Charlie.
Yes, we attain immortality through art
For divas never die, and
Even topless movie babes live forever.
Not just a playground love spat
The situation was much, much worse
– Apocalypse when?
As we approached the Boo Galaxy,
At just below the speed of light
Well within the law,
Edging into overkill, I said,
Oh, darling!
You’re an icon of sleaze
I can forget my painkillers now!
As we waited for the lights to change
– Emergency road works – I thought
We’re a pack of ragged ravers
A troupe of mad performers,
Heading for Seventh Heaven,
Not Arcturus – and the Boo Galaxy
Engulfed us in a violet glow.
A previous version of this poem appeared in Handshake 75, 2008 edited by John Francis Haines
Posted by AC at 10:20 No comments:

Back Into The Night

My Life As An Assassin - A Twilight Zone Chiller

Dazed and distracted I recall my former life as an assassin

Illustration: The Estranged Attractor, 2001
Posted by AC at 13:59 No comments: 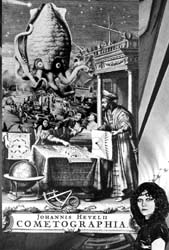 Ladies and gentlemen,
The image you see here may well be an ideal work of art.
Perhaps it is a lurid and melodramatic allegory of the creative process?
You will observe how, on one level, the symbolism is obvious – an uncontrollable force overwhelms the ivory towers of pedantry and the bastions of patriarchy. It is a force from ‘beyond’ – it is the dark energy of unconscious drives, it is a monstrous incursion from the paraxial realm of Desire.

This oracular vision is presented to us by that Pythoness of Subliminal Terror, superstar choreographer of the Ballet Plastique des Noctambules, Ms Medusa Cascade – watch your step!

There are secret motions, out of sight, that lie concealed in matter – Lucretius

How can a self-activating universe emerge from nowhere?
Activity in the cosmic substrate (quantum vacuum) involves an indeterminate relationship, governed by the Uncertainty Principle, between the complimentary quantities of energy and time. The Uncertainty Principle is not an intellectual construct but a fundamental characteristic of phenomena.
This uncertainty relation allows for the transformation of ‘borrowed energy’ into a particle called a pion. At a subatomic level pairs of such exchange particles or mesons, provide the attractive intra-nuclear force between protons and neutrons (nucleons) within the atomic nucleus. These ‘virtual’ particles are the objective source of The Casimir Effect, a phenomenon that confirms the existence of minimal energy entities in apparently ‘empty’ space.
There is no absolute void and no such thing as absolutely empty space, even though the Uncertainty Principle ensures that subatomic activity in the void, or quantum vacuum, cannot be described with precise exactitude. A field of absolutely empty space cannot ‘exist’ because the Uncertainty Principle prohibits a field fixed absolutely at zero. In the quantum universe no field can have both a precise value (zero) and a precise rate of change (zero) simultaneously, consequently there will always be a minimum level of uncertainty, a certain level of irregularity, slight fluctuations in the density and velocity of particles. These non-uniform perturbations would be as small as they could be, but would, nevertheless, lead to anomalies in the otherwise smooth regularity of any emerging points of space-time generated by such irregular fluctuations through friction.
The Big Bang event can be understood as the explosive after-effect of an extended chain of irregular perturbations among fluctuating virtual particles generated by borrowed energy comprising the indeterminate pre-cosmic substrate at the quantum level. The density fluctuations already present in the initial space-time singularity, and observed in the CMB (Cosmic Microwave Background), formed the basis of subsequent physical irregularities in the early material conditions of the universe and eventually gave rise to all the astronomical features of the observable cosmos.
These astronomical features are the by-product of a quantum eruption, much as the material expelled from a volcano is the by-product of a violent subterranean event. The outcome of this ‘eruption’ is an expanding red-shift universe of galaxies in space-time that, in due course, having exhausted its propulsive momentum, will revert to an original quantum state. In the interim, over immense periods of time, complex chemical chain-reactions, together with the interplay of forces and the synthesis of stellar elements, will engender all the phenomena of organisation and animation humans call ‘nature’, including living organisms such as bacteria, plants and animals on diverse planets. Notwithstanding the vast time-scales involved, ‘existence’ as experienced by these organisms, is as transient as the universe itself – a universe tending to disorder, reflecting latent chaos and where time is an emergent property arising from the red-shift expansion.
There is no substantive role for intelligence, imagination, self-awareness and other capacities of sentience in a value-neutral and non-purposive universe, although the development of sentience in humans gives rise to anthropomorphic interpretations of existence. Such interpretations are based on a false identification of structural organisation with thought. Even though these capacities – survival strategies of evolutionary adaptation – are of great value to physically weak organisms, they have no intrinsic significance. The same is true of all metaphysical speculation which, being a by-product or side effect of self-awareness, is disconnected from the factual basis of actual reality.
A condition known as the ‘no-boundary condition’ applies to both the manifest universe and the pre-cosmic quantum vacuum. Thus, just as there is no such phenomenon as ‘empty’ space, there is no possibility of any ‘edge’ demarcating either the physical macrocosm, or its quantum substrate, from any form of ‘outside’ above or beyond the manifest sphere.
Even taking into account the possibility of ‘other’ dimensions or the possible viability of the hypothetical ‘many worlds’ interpretation of quantum mechanics, the substrate and the cosmic totality are indivisible and coextensive. There is no exterior or transcendent sphere of existence, just as there is no possibility of ‘non-existence’ because there is no absolute void: total nothingness cannot exist.
The answer to the perennial question of origination (where does the universe come from?) can be answered with reference to the quantum vacuum. But if we ask how this vacuum in its turn can exist and from where it derives its existence it must be said that the answer cannot be formulated with absolute exactitude. This failure of exactitude is the natural consequence of the Uncertainty Principle governing indeterminate relations between complimentary quantities, ensuring that the ‘given’ substrate perpetuates itself. Furthermore, this self-perpetuation cannot be seen as a 'genesis' or 'birth', or mode of becoming, for such an idea would imply that a void lacking a space-time continuum emerged from a state prior to its own existence – an outlandish and superfluous assumption.
The Uncertainty Principle also explains how, through non-uniformity (anisotropy) and the process of ‘borrowed’ energy, the quantum vacuum may give rise, from an imperfect ‘nowhere’, to any number of expanding space-time universes of finite extent .

Illustration: Spontaneous Creation, 2007
Posted by AC at 13:39 No comments: