Twilight Of The Avant Garde 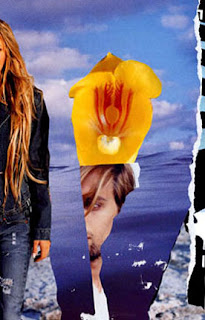 Not The New World Order III Twilight of the Avant Garde

It was Debussy, often considered an initiator of musical Modernism, who described the work of Wagner as ‘a beautiful sunset that was mistaken for a dawn’.
Yet, perhaps the era of High Modernism itself is best understood as a stormy, livid sunset mistaken for a new age. Perhaps the period from the Eighteen Nineties into the Inter-war years, was not an era of renewal or re-birth. Perhaps it may be characterised more accurately as a final fling, or a last gasp, or the feverish death-throes of the ‘modernist’ world-view. A world-view that had been evolving since the mid-eighteenth century but which had been dealt a crippling, if not lethal, blow by The Hell of Verdun and the poison gas of Ypres.
But what is meant by Modernity? Modernity, a transitional phase of socio-cultural change, is used here in a broader sense than the term ‘Modernism’ which denotes a specific cultural formation. In the era of Modernity the lineage of metaphysics from Plato to Kant and beyond is unmasked as ideology while history itself is exposed as a grandiose narrative of salvation serving only the interests of power brokers and the ruling caste. The world enters a critical borderline state as the brittle dogmatism of traditional culture fractures and a new condition, driven by technological advance and impersonal evolutionary forces, emerges.
As the prophetic Axial Religions of deliverance lose their potency tradition finds itself under siege while at the same time the ‘modern’ world is experienced as a state of uncertainty, a turbulent state of fluctuation and of competing pseudo-realities. Shocking new possibilities are glimpsed; development appears to accelerate while the mundane life of the individual is experienced as uncanny. The tropism of ‘culture’ oscillates between complimentary scenarios – nostalgia for lost unity or innocence and the traumas of separation and self-awareness. Perhaps the nostalgia for unity is misplaced for, as modern research shows, even intra-uterine life is agonistic. Perhaps there is no redemption from separation – perhaps there is no redemption of any kind. These are some of the more disturbing factors conditioning our understanding of the contemporary, or modern, world.

Part One – From Avant-Garde to Kitsch

There are issues unfathomable to the observer: cesspools of destiny,
hidden links of fate, the template of existence – Paul Leppin